The trip to Carleton Place can be a long ride. Depending on your departure point in Ottawa, it can be over 50 kilometres one way. Cycling this distance in both directions falls in a grey zone between going for a long local ride, or doing some real bicycle touring.

Going to Carleton Place can be treated as a local ride if, for example, you are determined to attain a particular objective as a cyclist. If this is the case, it is worth noting that the world of cycling has a number of challenges that are waiting to be met by individuals. The best known of these is the “century”, which involves cycling 100 miles (161 kilometres) in one day. But this is a lot even for fit cyclists who are used to pedalling long distances. Fortunately for many of us, there is something that is a little easier called the “metric century”. It involves riding a mere 100 kilometres in one day.

If you are ready to do a metric century, then Carleton Place is probably just the right distance away. (The return trip from downtown Ottawa should be a little over 100 kilometres). When riding such a distance, you will probably want to leave early, schedule the necessary rest stops, and bring lots of water and high carbohydrate snacks to replenish your energy supplies en route. 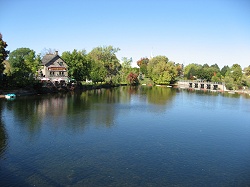 Looking across the Mississippi River from downtown Carleton Place. (Scroll down for more photos)

Although doing a metric century may appeal to some people, Carleton Place is aloso an ideal destination for Ottawa cyclists who would like to try a little bicycle touring with an overnight trip. It is an attractive community with an interesting downtown core. Carleton Place is also located beyond the circumference of Ottawa’s urban sprawl, so you will get a sense that you are actually leaving town to go to another place.

One of the best things about using Carleton Place as a destination for bicycle touring is that the departure point will be your front doorstep, and that the route has no real hills and takes place almost entirely on relaxing bicycle paths or trails. Moreover, you will also be covering a daily distance that is similar to what you can expect on many of the bike tours that are organized by clubs or commercial operators. So if you are willing to give it a try, pack your bags, book a room in Carleton Place, and take off on your bike for a couple of days.

From Stittsville, it is 23 kilometres to downtown Carleton Place, and you will be cycling on the Ottawa-Carleton Trailway. The ride is pleasant enough, but like many trails that have been converted from old railway lines, it is very straight, and variations in the scenery are somewhat limited. There is an open air interpretative centre on a wooden deck that overlooks a swamp not far from Stittsville, but there are few other points of any great interest.

For the first five or six kilometres after leaving Stittsville the trail passes through a wooded area that seems to be in the middle of nowhere. A little further, it runs next to land used for a firing range. It can be a little unnerving to see signs warning people about the firing range and the need to stay on the trail. (Gun shots can sometimes be heard in the distance.) We can only assume that the firing range is set up in such a way so that no one is shooting in the direction of the trail. Later on, the trail runs next to a golf club, which is nice, since golf balls are a lot less dangerous than bullets.

At about the half way point to Carleton Place, you will cross the Dwyer Hill Road. From here on, there are more open spaces and the trail eventually passes by a couple of farms. The trail goes under an overpass that is used by Highway 7. This is the only area where the trail comes close to running along a busy road. At the Cavanagh Construction facility, the trail merges with a local road for a few hundred metres.

The Ottawa-Carleton Trailway comes to an end in a small industrial park in the outskirts of Carleton Place, and it leads cyclists onto Coleman Street. To get downtown, you will have to cross a busy four lane road (McNeely Ave) and continue on Coleman for almost a kilometre until you pass the old railroad station (which now houses a community services centre). At the next major intersection, turn right onto Franktown Road. It is a fairly busy road, but you only stay on it for about half a kilometre to get downtown. During this short distance, the name of Franktown Road changes from Moore Street to Bridge Street.

The downtown area runs along Bridge Street for three blocks and offers everything needed for an enjoyable overnight stay. It begins at the intersection of Lake Ave and Bridge Street where you will find the Carleton Heritage Inn. This establishment has 15 rooms as well as a pub and restaurant with a nice outdoor sitting area. Further in town there are more restaurants, pubs, and bars, several with outdoor terraces. If you take the bridge across the Mississippi River, you soon spot the Morphy’s Falls Pub, complete with a patio overlooking the water. You may also want to explore some of the side streets for some of the restaurants. For example, on Mill Street you will find Slackoni’s Fine Italian Restaurant, and it too boasts of a patio that overlooks the Mississippi River.

Although Carleton Place is definitely an ideal destination for people leaving from Ottawa to do some bicycle touring, it does have one shortcoming. Despite the fact that a major bicycle trail ends at its doorsteps, it appears that the town hasn’t made much of an effort to accommodate cyclists. For example, there are no racks or locking posts (at least none that are obvious) to lock up your bikes in the downtown area.

The Town Hall is a beautiful old building located on Bridge Street right next to the Mississippi River. It has a tourist office where you will be able to get information about various services and what’s going on in town. If your arrive in the middle of the busy tourist season, you may want to reserve a place to stay in advance. For accommodations in an older building with lots of character that is close to the down town area, check out the Carleton Heritage Inn, the Hatton House B&B, and the Rosenhof B&B.

After your overnight stay in Carleton Place, you will be able to complete your ride by retracing your route back to Ottawa. However, if you think it is too early to head home, find another destination, map out a route on quiet country roads, and keep on going. 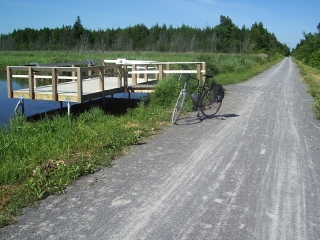 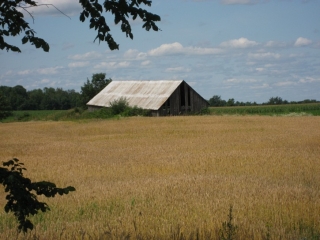 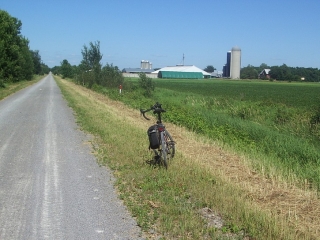 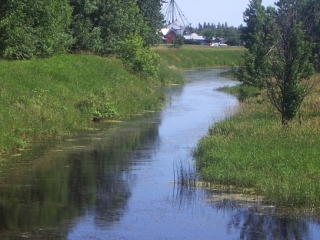 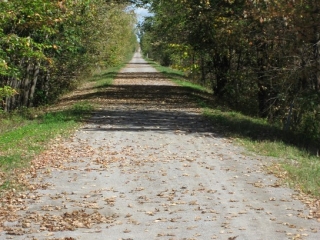 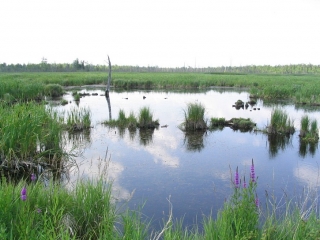 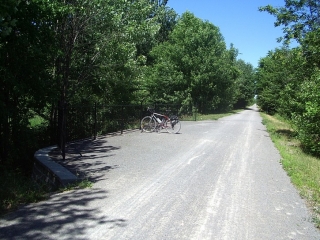 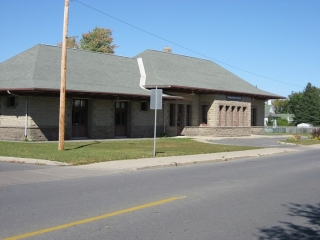 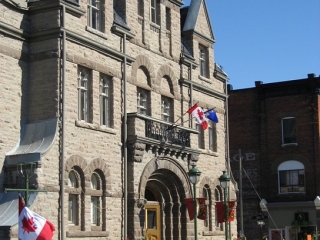 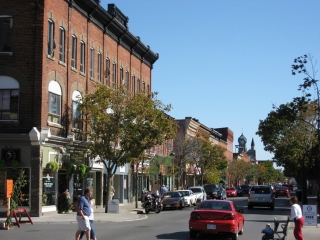 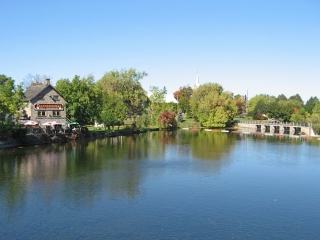 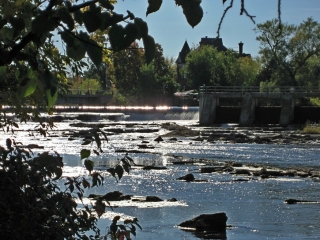 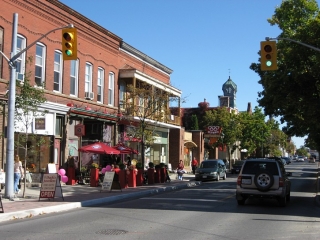