The ride from Ottawa to Stittsville in the region’s west end is an interesting one because it makes use of three different trail systems, each with its own unique characteristics. 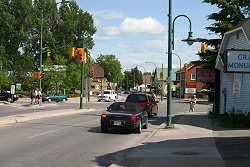 Main Street in Stittsville. (scroll down for more photos)

The entire ride takes place over relatively flat terrain, and depending on your departure point in Ottawa, will probably involve a total distance between 50 and 60 kilometres (there and back) . Stittsville is a worthwhile destination insofar that it offers a number of convenient places to stop for a relaxing meal, or to replenish your supply of refreshments for your return trip. Stittsville also represents the outer limit of Ottawa’s urban sprawl (as of 2008). Cycling beyond Stittsville puts you in the grey zone between going out for a local ride, and long distance bicycle touring.

The first part of this ride takes place on the standard National Capital Commission (NCC) pathways which exist throughout the Ottawa area. These are the standard paved pathways with the yellow line painted down the middle. Your first objective will be to get on the Ottawa River Pathway heading west towards Britannia Park. Continue on as it runs through Britannia Park and crosses Carling Avenue and Acres Road. For years the segment of the pathway between Acres Road and Moodie Drive had a hard packed crushed stone surface, but it was paved in 2009.

The pathway will eventually lead you to the other side of Moodie Drive. Here you will be riding on Watts Creek Pathway which passes behind the Nepean Equestrian Park. About two kilometres after crossing Moodie Drive you will see an opening in the chain link fence that runs along the left side of the pathway. Except for a small symbol for the Trans Canada Trail, there are few signs indicating the exitance of the pathway trail on the other side of this opening in the fence. In order to head towards Stittsville, you will want to turn left through this opening and ride in a wooded area. You will now be on a Greenbelt trail.

From this point onwards, you will be riding on a hard packed crushed stone surface. For 99% of the remaining trail, riding on the crushed stone surface will be as easy, or almost as easy as riding on pavement, even for bikes equipped with narrow road tires. There are, however, a few sections of the Greenbelt Trail where loose stones could make it a little skittish for people riding on very narrow road tires (700 x 23). But these sections are fairly rare and quite short, maybe only a few dozen feet in length. The main disadvantage with the crushed stone surface is that bicycles and equipment will get a little dusty, especially if the weather has been dry for a while.

This part of the Greenbelt Trail winds its way through several kilometres of mainly forested area, and it has to rate as one of the more enjoyable recreational paths in the Ottawa area. It has a series of interpretative signs about the local flora, and on hots day, the temperature will feel noticeably cooler in the forest.

The Greenbelt Trail passes under highway 417, crosses Timm Drive, runs through some open farmland, and comes to an end where you will see a bridge that was originally built for trains to pass over Robertson Road. This railroad line was abandoned in 1990 and a few years later was converted into a multi-purpose trail. You’ll want to turn right and cross the old railway bridge. You will now be on the Ottawa-Carleton Trailway. From this point, the routing for your ride becomes very simple. Keep on pedalling for approximately nine kilometres until you get to Stittsville.

Because the Ottawa-Carleton Trailway was built on an old railroad line, it is laid out in straight line. Initially it runs next to a series of Kanata subdivisions and later passes though a number of open fields. You may notice that there are several side-trails that are waiting to be explored, but these are fairly short and are best left to mountain bikes. As you get closer to Stittsville, you will be able to see the Senator’s hockey arena (currently the Canadian Tire Centre) in the distance on your right. You will have reached you destination when you find yourself in a small park at the corner of Main and Abbott streets in Stittsville. This is the turn-around point in your ride, but if it is around lunch time, you may want to find a good place to eat.

Unfortunately, the building that used to be located right next to the Trailway on Stittsville Main Street and housed a restaurant (Louisiannie’s and later Nola’s) burnt down in 2013. Not only was this a convenient restaurant for cyclists looking for a place to eat, the century-old building was a Stittsville landmark that added character to the area. However, you can head over to Quitters Coffee shop for a bite to eat. It’s located just south of the Trailway (on your left) and has become a popular haunt with many cyclists. There are several other nearby restaurants on Stittsville Main Street, including Papa Sam’s, where you can get an inexpensive Lebanese meal (located about 5 blocks north of the Trailway).

After having stopped for a meal or simply to rest, you will be ready to head back to Ottawa. If the prevailing wind is blowing from the north-west, your return trip could be a touch easier and faster. Otherwise it will be a replay of your ride to Stittsville.

It should be noted that the Ottawa-Carleton Trailway continues past Stittsville and goes all the way to Carleton Place. But this is the subject of another article. 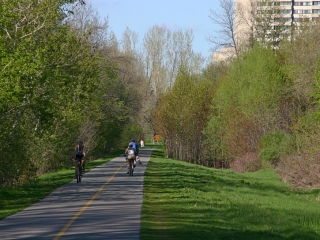 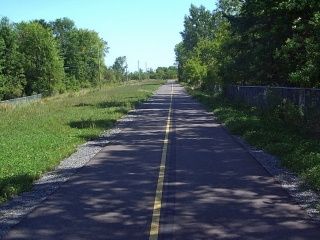 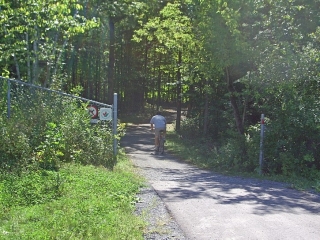 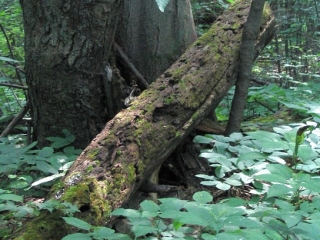 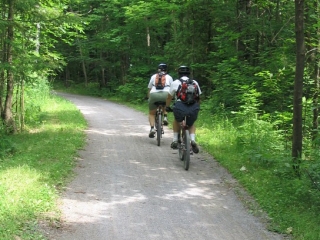 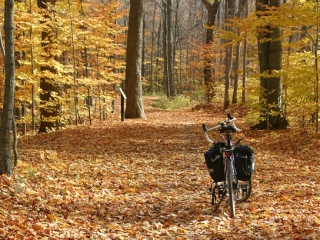 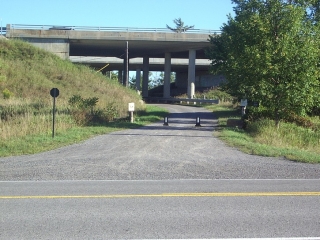 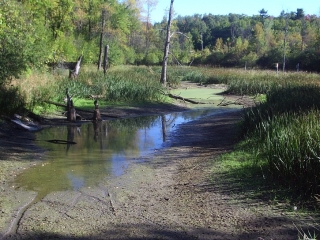 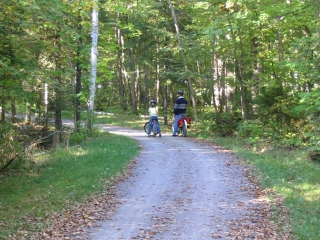 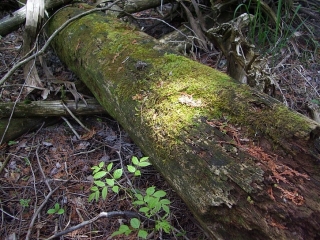 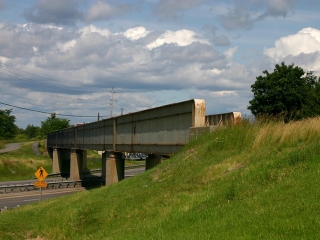 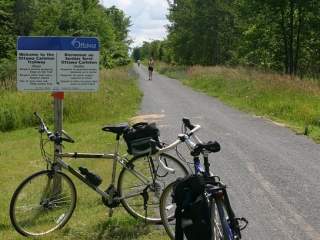 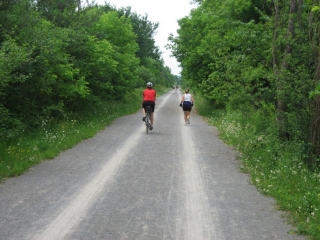 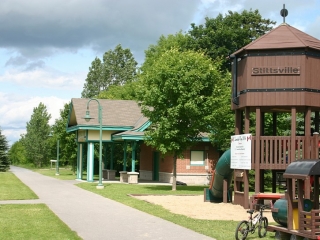 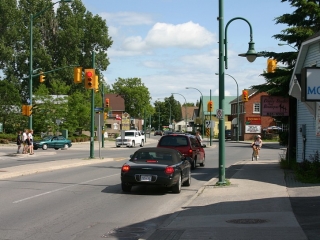 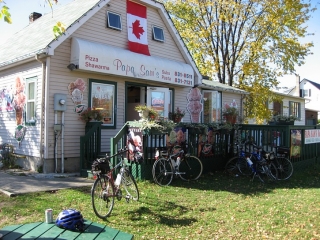